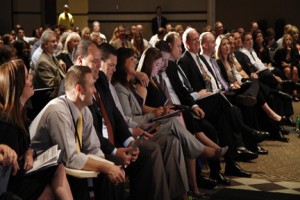 As we reflect on what millions watched during the Super Bowl, I’m reminded of what great athletes can teach us about how to keep winning in our business.

When the coaches and key players, like quarterbacks and cornerbacks are asked what quality is most important to success in the game, you’ll hear many say, “very short memories.”

When a quarterback throws an interception or a corner gets burned by a receiver, they have to forget it, and be ready for the next play coming in thirty seconds or less. They have to almost instantly forgive and forget. This is resiliency.

It’s interesting that ego can also prevent you from winning, and desire for achievement can even create frustration and stress that interferes with success. But resiliency always contributes to winning.

A sales slump often represents a decline in resiliency, and agents are prone to avoidance of confrontation, procrastination and a reduction in activity. Avoiding the problem never makes it go away, but we all know that hearing “No” 10 straight times makes the phone feel like it weighs 100 pounds. Instead of giving in to human nature, our leaders understand it’s more logical to turn up the activity a couple notches, jump back on the phone and redouble their efforts.

That’s resiliency. That’s a trait National Agents Alliance’s best display every day. “Fitz” didn’t get to be No. 1 by running and hiding when the going got tough. Adam Katz and all the top income earners got knocked down many times, but kept getting up to get back in the fight. Because they did, they began to develop a self-image of a person immune to temporary disappointments or setbacks, and now serve as models of consistency, where occasional tough times have no chance to knock them off course. They face every situation with dignity and a calm confidence, and when they do face adversity, they bounce back quickly.

We’ve all seen the same traits displayed in other industries.  The late Steve Jobs, after he was forced to resign from Apple, formed NeXT, making computer workstations designed for educators.  Proving to be remarkably resilient, he sold his company to Apple, was re-hired to be the Apple CEO, and transformed the company that had let him go into the world’s biggest technology company.

Donald Trump has reached great heights and unbelievable lows, but because of resiliency, continues to be an extremely successful businessman and one of the USA’s most wealthy.

Michael Jordan was told he wasn’t good enough to be on his varsity high school team as a sophomore, but didn’t stay down long. I think we all know how he proved his critics wrong!

When you were a child, did you ever fall off your bike? If you never got back on and tried again would you have ever learned to ride? Did you ever see an 8-year-old drop a fly ball? How many major leaguers did the same thing at that age? Where would they be if that caused them to quit?

Think back on all the times you overcame setbacks, and showed the resiliency I’m talking about.  Understand that you already have the ability to bounce back from anything, and be determined to strengthen and emphasize this trait. Be like the Eveready bunny. Keep on keepin’ on.  Have a short memory on hard times; re-program your mind with nothing but successes.

If you want to win BIG at National Agents Alliance, make sure you meet me at the Spring Forwards where you’ll meet and learn from some incredibly resilient National Agents Alliance Leaders like Stephen Davies, Alex Abuyuan and the rest of our Top 10 (and many more). You’ll hear their stories of resiliency and they will share with you how they had to face the same challenges you’re looking at today.

We want to take you with us to the TOP!  Get registered for the Spring Forwards!

P.S.  Don’t just register yourself for the Spring Forward … bring your team! Your business will take off like a rocket. You don’t want to miss these events.