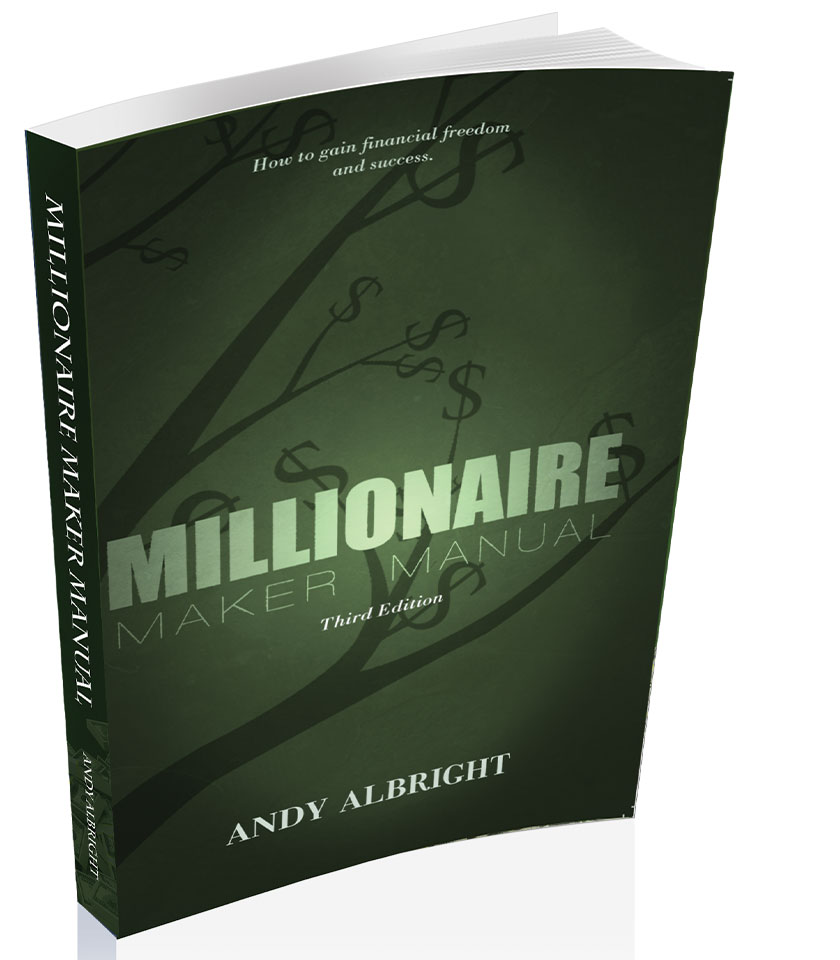 Get your book today!

In the fall of 2011 Andy Albright sat down at his desk one night and wrote an outline of what would become the Millionaire Maker Manual. It was Aug. 8, 2011 and his goal was to finish the book in 36 days. That’s exactly what he did.

Millionaire Maker Manual was written for people to be successful with National Agents Alliance and people are already singing the praises of Albright’s second book. It’s filled with more than 300 pages of training tips and tricks that Albright has learned over the years and applies to his business. Albright felt like he needed to write this book to help people learn and master the skills that have taken Albright to where he is today.

Albright looked internally and realized that getting “back to the basics” was something that he needed to do to impact thousands and thousands of people. He realized that he never should have strayed from those basics and decided that National Agents Alliance would spend more time focusing on getting back to those basics.

Albright’s first book, The 8 Steps to Success, was released in June of 2010. Thousands of copies were sold, and it made such an impact on the people associated with National Agents Alliance that he decided a systematic, manual-style book, a library of resources was needed to help people understand the basics of how to put this business together.

If a system is worked properly, the system will often work. “If you work it, it will work!” Documenting the system is a daunting task. It almost seems impossible.

The objective was to remove the feeling of being the “Lone Ranger” and to confirm that there is no “I” in team. TEAM: “Together Everyone Achieves More” took life!

Albright knows people are going to make errors, but as the National Agents Alliance team gets together and creates momentum, the team will overcome each other’s weaknesses. It is not good enough to tell people to keep it simple; Albright decided that he would provide them with the necessary tools to help them KEEP IT SIMPLE.

With that in mind, Millionaire Maker Manual was written with incredible fury and intensity.

Andy Albright would like to say thanks for buying his book and he hopes that it will help you grow personally and professionally.

Get your book today!