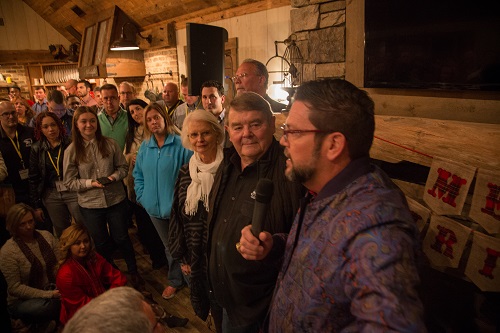 The world lost a great man on Dec. 28, 2016 when my friend Dr. JL Williams passed away in Burlington, N.C. Our loss was God’s gain as he got a man who was truly a warrior who spread God’s word during his almost 75 years on earth.

The last time I visited with JL was at the Albright Leadership Cabin on Dec. 1, 2016 during one of our Instant Thunder events. I was lucky enough to take my family with JL and his wife, Patt a on a mission trip to Africa a couple of years ago. It was a life-changing experience and I’m glad that my wife, Jane and our children – Haleigh and Spencer – got to share the African experience together.

When JL was at the cabin before he died, he presented me with an African knife called a Khukuri. In an email a couple days after he presented the knife, he told me it is the genuine Army knife that all of the world famous Gurkha soldiers carry. This knife was from Kathmandu, Nepal. 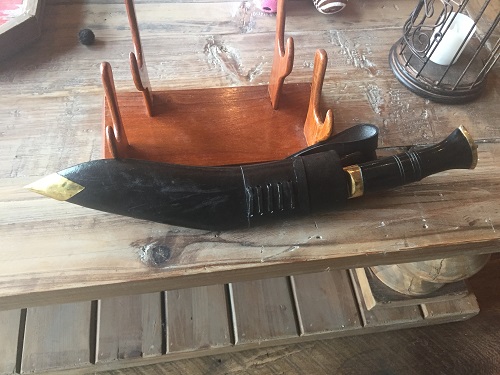 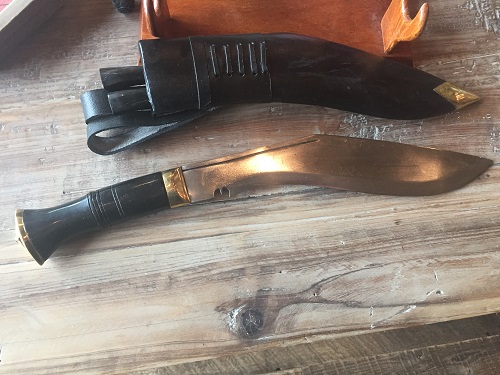 The knife has obviously became an even more special gift from my late friend, who constantly showed me what it meant to be a leader and a person who goes after their vision with everything they have until God is ready for them. That knife sits on the mantle at the cabin and I will cherish it for the rest of my life.

JL left nothing on the table. He gave everything he had and I know he is enjoying the rewards of his efforts now in heaven.

Many members of The Alliance had the opportunity to meet JL and learn about his mission work and ministry over the years. Several have supported his efforts through donations and through our Good Samaritan Bonus program.

JL and his wife, Patt were married for 52 years. They have four adult children and 12 grandchildren. I know that Patt and her family will make sure that JL’s legacy lives on for a very long time and the work is not done.

JL’s family heritage was rich in the church and in missions. He lived life to the fullest and gave himself to serving the Lord with reckless abandon. His spare time was spent with his kids and grandkids doing gardening, yardwork, woodworking, pond work – basically anything outside of the house.

JL often quoted John Wesley, who said we should be ready to “preach, pray, or die at a moment’s notice.” He told his family for years, “Do not mourn my death. I will never be more alive!”

My friend JL knew what awaited him after this life ended.

After finishing his Master’s degree at the Duke University Divinity School, JL and Patt moved to Burlington, N.C. to work with youth through the YMCA. He founded The New Directions, an interracial singing group that ministered all over the U.S. and overseas through the 1980s.

As the ministry transitioned full-time to mission work in Africa, Asia, and the Caribbean, JL’s passion was to pour himself into cross-cultural partnerships, to equip strategic Christian leaders with practical and spiritual tools to reach the unreached for Christ.

I love that JL ran hard, 100 miles per hour and didn’t look for a finish line. He was focused on how far he could go and how much he could do in his life rather than being satisfied when he reached a new benchmark. That’s a life well lived!