Today I had the privilege to meet a childhood hero of mine.

I can remember watching him play basketball at N.C. State back in 1974 in front of a small TV. I was on my hands and knees, rooting my heart out for the Wolfpack against UCLA. The Bruins had won seven straight NCAA titles heading into that semifinal game just up the road in Greensboro, N.C.

UCLA had no idea what they would be facing in the Wolfpack!

I was a little boy and the Wolfpack won that night 80-77 in double overtime against the Bruins to reach the final. They cruised past Marquette 76-64 two days later to win the national championship.

They won, partly, because of a man named Tommy Burleson. Tommy is 7-foot-2, even though the N.C. media guide touted him as being 7-foot-4 so he’d be the tallest player in the nation.

He’s an imposing figure, but he’s a super nice guy once you try to forget that he’s so tall. He likes to talk about his assists to the team not himself.

Tommy stopped by my office today for a visit and I had the chance to invite him on my weekly television show, The Wednesday Call. He talked about his career at N.C. State, playing for the U.S. Olympic team, life in the NBA and told us about Christian ministry he operates that helps hundreds of children in Africa. 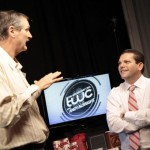 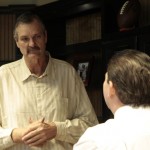 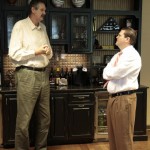 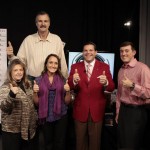 Tommy was awesome during his visit with us. He toured our office, met our staff at National Agents Alliance and even posed for pictures with our team. See, Tommy believes that you can’t do great things alone. You’ve got to have help. You’ve got to have good teammates that have your back.

That’s what we are building with The Alliance – a team of winners that help make each other better.

After watching Tommy and the Wolfpack win that title in 1974, I pretty much made my mind up that I would be going to N.C. State. I worked hard enough for that to happen and I earned a degree from there in 1986.

Now, after I left school there was a number of years where I couldn’t tell you who coached what sport and who any of our athletes were? I was too busy working for a dream I had for my family.

I was 24 hours a day, seven days a week getting after it. I’ve been very blessed in the last 10 years to build a company that gives me the lifestyle I wanted so many years ago. But, I still had dreams of giving back to N.C. State and helping people there.

That changed when I met some people like N.C. State Vice Chancellor Nevin Kessler a few years ago. Beyond athletics, I decided I was going to donate to the academic side too. That led me to supporting the N.C. State Entrepreneurship Initiative, where I had the chance to speak on Monday night during the Triangle Entrepreneur Week kickoff event.

A couple weeks ago, I had mentioned to Nevin that I would love to get in touch with Tommy Burleson to see if he would be interested in speaking to some of our people. It’s funny how people will help you if you just ask. A quick email later, I picked up the phone and Tommy Burleson was on the other end of the line.

I don’t know if I ever imagined back in 1974 that one day I’d be meeting a man that helped bring so much joy to the Wolfpack nation, but I’m glad I was able to.

As far as cool experiences through N.C. State go, it’s been a pretty strong week so far.

I love having fun, making money and making a difference in people’s lives. Tommy Burleson does too. I’m glad I’m now able to call him my friend.